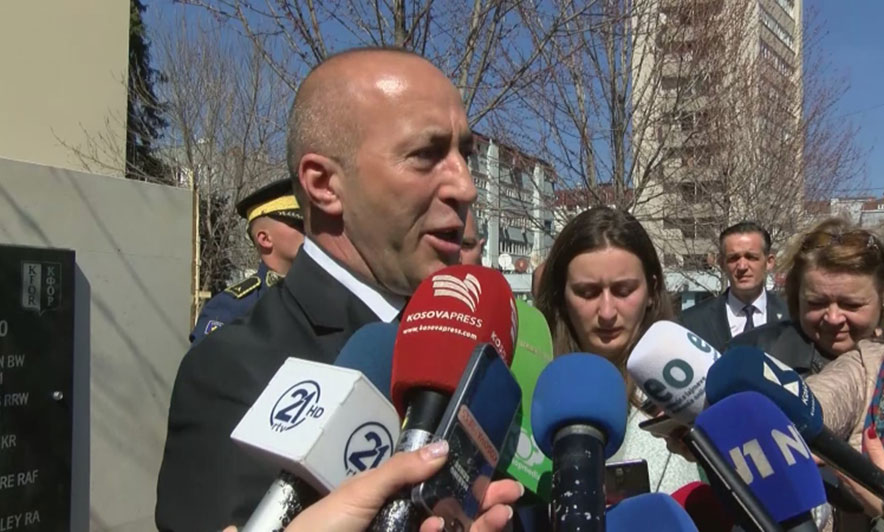 PRISHTINA – The Prime Minister of Kosovo, Ramush Haradinaj, on the 20th anniversary of the NATO bombing in Kosovo and Serbia, honored the KFOR fallen soldiers who died fighting in Kosovo.

He paid homage to the memorial which has the names of these soldiers engraved.

Haradinaj said that the people of Kosovo will always be grateful to the USA and the NATO countries.