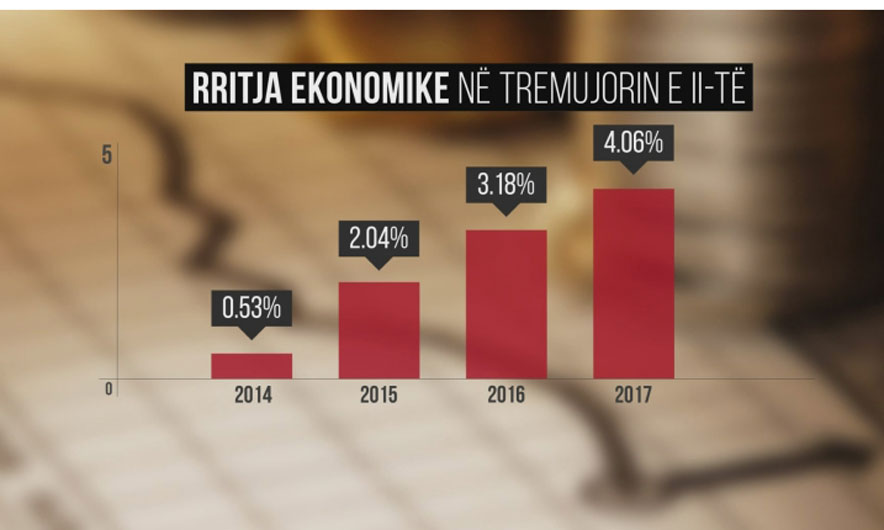 Tirana – The economic growth in Albania increased with more than 4% in the second trimester of the year, confirming that the economic activity in the country has improved.

The Institution of Statistics reported that the national GDP for April-June was increased with 4.06%, led by construction, industry and tourism.

Historic data show that the economic recovery keeps gaining terrain in a stable manner. According to INSTAT, this is the highest economic growth marked in the second trimester since 2012.

Data show that the production has increased for nine sector of economy, from 11 that there are in total.

However,INSTAT statistics show that for the first time after nine years, the Albanian economic growth jumps above 4%, which would mean that Albania has finally left the global crisis of 2008, the biggest the world faced since Second World War II.