Elyesa Bazna, born Iliaz Bazda (28 July 1904 – 21 December 1970), was a World War II secret agent. He was an Albanian from Kosovo who spied for the Nazi Germans during the Second World War, and was widely known by his code name Cicero.

Over the first 40 years of his life, Bazna acquired a unique set of skills that aided him as a secret agent against Sir Hughe Knatchbull-Hugessen, the British Ambassador at Ankara, Turkey during World War II. Banza spoke French, the prominent diplomatic language at the time, and other languages fluently. He sang opera and was an able photographer. Bazna had spent a short period of time at a military academy, had been a thief, and attained locksmith skills. However, because his English language skills were weak, he was considered “too stupid” to be an adept spy.

Bazna sold information to the Germans through their attaché Ludwig Carl Moyzisch in Ankara, Turkey in what became known as the Cicero affair. The information that he leaked is believed to have been potentially among the more damaging disclosures made by a Second World War spy but conflicts inside the highest echelons of the German government meant that little if any of it was acted upon.

Elyesa Bazna was born in 1904 in Pristina, Kosovo. His parents were of Albanian heritage. Bazna’s father gave Muslim lessons and was a landowner. Politically, he identified with Turkey. Bazna asserted that Hafiz Yazan Bazna, his father, was a Moslem mullah; his uncle was Major General Kemal of the “Young Turks”; and his grandfather was Tahir Pasha the Brave, also of the “Young Turks” and under Mustafa Kemal Atatürk.

At the time of Bazna’s birth, Kosovo was part of the Ottoman Empire, but when he was 14 Serbs occupied his birthplace and his family relocated to Istanbul, Turkey, which was occupied by World War I allied forces, the British, Italians and Americans. Bazna said that before 1919 he attended a military academy in Fatih, Turkey. At the age of 16, Bazna joined a French military unit in Istanbul. He claimed to have stolen British weapons and cars for the Turkish National Movement (nationalists), led by Atatürk. (The nationalists opposed the occupying forces, which writer Yakub Kadri Karaosmanoğlu said “considered all the cruelty and oppression committed by them against the people [of Istanbul] as lawful.”) When Bazna was caught stealing, he was sent to a penal labor camp in Marseille, France for three years.

Bazna said that he worked at the Berliet motor company after he left the labor camp. He attained locksmith skills there. Bazna moved to Istanbul in 1925 where he worked for the Istanbul Corporation in the transportation department. He then worked as a fire brigade chief in Yozgat before returning to Istanbul to drive taxis. Bazna worked for foreign diplomats and consulates as a doorman, driver, and guard upon his return to Turkey. Partly due to his ability to speak French, he served as a kavass or valet first to the Yugoslav ambassador to Turkey and in 1942 to Albert Jenke, a German businessman and later embassy staff member, who fired him for reading his mail.

Bazna married twice. With his first wife, who he later divorced, he had four children. Bazna had four more children with his second wife, Duriet. He also had live-in mistresses.

Turkey was neutral in World War II (1939–45) but signed a treaty with Britain in October 1939 that said Britain would defend Turkey if Germany attacked it. An invasion was threatened in 1941 but did not happen and Ankara refused German requests to allow troops to cross its borders into Syria or the USSR. Germany had been its largest trading partner before the war, and Turkey continued to do business with both sides. It purchased arms from both sides. The Allies tried to stop German purchases of chrome (used in making better steel). Starting in 1942 the Allies provided military aid. The Turkish leaders conferred with Roosevelt and Churchill at the Cairo Conference in November 1943, and promised to enter the war.

By April 1944, Nazi forces in the Crimea were in full retreat. The Turkish Government worried that the advancing Red Army might drive through Bulgaria and seize the Turkish Straits, which the Russians coveted. Turkish policy had been to wait and see which side would win, before making any move. Now that they saw the need to reach some accommodation with the Allies, the Turks replaced their pro-German army chief Fevzi Çakmak with Kâzım Orbay who was pro-British.

By August 1944, with Germany nearing defeat, Turkey broke off relations. In February 1945, it declared war on Germany and Japan, a symbolic move that allowed Turkey to join the nascent United Nations.

One of the best known spy stories of our time is that of Operation Cicero, a textbook exercise in tradecraft set in neutral Ankara during World War II. It is, perhaps, of little importance that the exercise remained rather academic – that the information pilfered in the best traditions of the cloak-and-dagger business was never fully used by the Nazis; that the British, warned of the Ciceronian activity, took no effective action to stop it; and that Cicero himself was never brought to book. As a matter of fact, the academic nature of the exercise makes Operation Cicero a nice, neat package to handle, uncomplicated by consequences and relatively free of loose ends.

Bazna began spying when he worked for British Ambassador, Sir Hughe Knatchbull-Hugessen, who had developed a habit at the British embassy in Riga of taking secret papers to his home and continued that practice in Ankara. Bazna began photographing these secret British documents of war strategy, troop movements, and negotiations with Turkey to enter the war. Bazna approached the German Embassy in Ankara on 26 October 1943, indicating that he wanted £20,000 for two rolls of film of documents he had photographed while the ambassador slept, took a bath, or played the piano. He became a paid German agent under case officer Ludwig Moyzisch, an Austrian attaché, and was given the SD codename “Cicero”. Bazna was cheated by his Nazi paymasters who made about one half of his payments in counterfeit bank notes under Operation Bernhard.

According to Mummer Kaylan, author of The Kemalists: Islamic Revival and the Fate of Secular Turkey, Bazna said that he began spying for the Germans, because he needed the money and, although he was not a Nazi, he liked Germans and disliked the British. He also alluded to involvement with the Milli Emniyet Hizmeti, which became the Turkish National Security Service in 1965.

Bazna spoke Turkish, Serbo-Croat and French, which was the standard language of diplomacy at that time. He also knew a little German from singing Lieder and said that he could read basic English but had difficulty speaking it.

Bazna, who had training as an opera singer, often sang German Lieders after lunch while Knatchbull-Hugessen played the piano, much to the ambassador’s enjoyment. He gained access to documents in the ambassador’s document box and safe using his locksmith skills, including making impressions and then copies of the key for document box.

According to the British Foreign Office: “The tale has become a popular (and frequently mis-told) war story.”

Cicero’s handler, Ludwig Moyzisch, published his memoirs in 1950 with a book named Operation Cicero. Franz von Papen and Allen Dulles, wartime head of the OSS, suggested that there was more to the story than what had emerged in the book. Neither elaborated. Twelve years later, in 1962, I was Cicero was published by ‘Cicero’ himself.

A film based on the book Operation Cicero by L.C. Moyzisch was released by 20th Century Fox in 1952. It was titled 5 Fingers and directed by Joseph L. Mankiewicz. Bazna, renamed Ulysses Diello, was played by James Mason. The 1971 Eastern Bloc co-production Osvobozhdenie, the English title Liberation, also portrayed the Cicero affair, with East German actor Fred Alexander as Bazna. 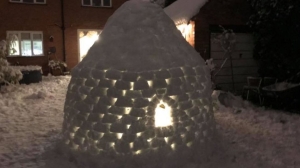