House with 25ft great white shark on its roof 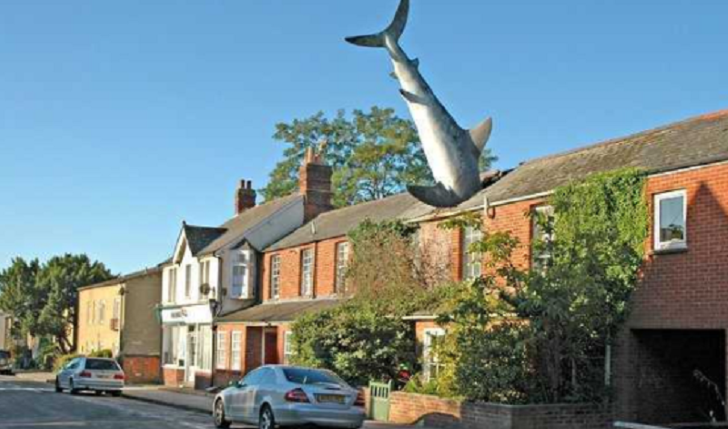 A house with a 25ft great white shark sticking out of its roof is set to be given listed status by a council who originally wanted it demolished.

City councillors hated the monster ‘jaws’ built into the roof by owner Bill Heine back in August 1986 and refused it retrospective planning permission.

However, Michael Heseltine, then secretary of state for the environment, came out in favour of the shark and the monument was saved.

Now over 30 years later Oxford City Council are deciding whether to give the building, with its fibre glass shark ‘diving’ into the rooftop, listed status.

An application for it to be listed on the Oxford Heritage Asset Register will now go to the city council, with a decision expected by the council next year.

If approved, a bid would then be made to have it nationally listed with English Heritage.

Mr Heine, 72, who now lives in Waterstock and is having treatment for terminal leukaemia, has welcomed the campaign to get the shark house listed.

It was originally created by sculptor John Buckley as a protest against the American bombing of Libya, and still draws tourists.

Local councillor Ruth Wilkinson said: “I was shocked to find out that the shark had not been listed to protect it.”

Mike Ratcliffe, the Chairman of Headington Neighbourhood Forum, said it was an “entirely appropriate” candidate for listed status.

He added: “The shark, embedded in its rooftop, continues to intrude, to surprise and to fascinate.

Advertisement
“People stop to look, it has a presence on Trip Advisor and has an international reputation.”/msn/