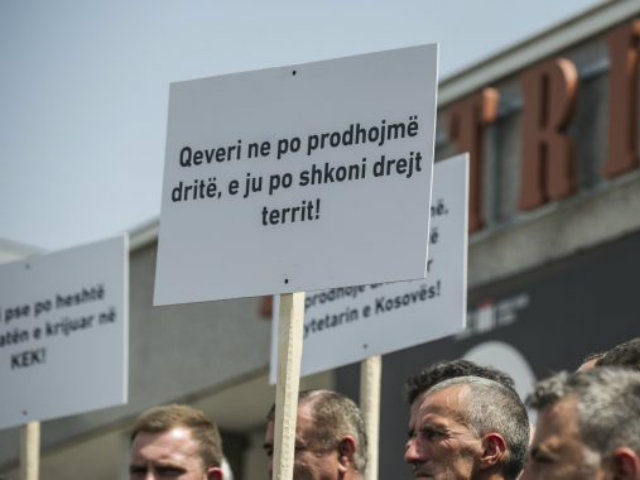 PRISTINA – Labour unions in Kosovo support a proposal from ruling Democratic Party MP Nait Hasani to remove International Workers’ Day on May 1 from the country’s list of the official holidays.

The head of the Healthcare Trade Union Federation, Blerim Syla, told BIRN that the initiative still needs to be approved by the Kosovo Assembly, but argued that May 1 is a relic of the Yugoslav era.

“In the majority of European countries this is actually not an official holiday, and if our aim is to join Europe, this should be the case in our country… we came from the communist system of former Yugoslavia and we were used to having a day off on May 1,” Syla said.

He added that there should be no complaints about the change if it happens.

“We should have reactions to demanding our rights, not to a day off,” he said.

Mursel Zymberi, the head of Civil Servants’ Union, said his organisation also backs the proposal, arguing that May 1 “was treated more as a holiday since before the war, from the previous system of the former Yugoslavia”.

May 1 should be “more of a protest demanding workers’ rights” rather than a holiday, Zymberi said.

Avni Ajdini, head of the Union of Independent Trade Unions of Kosovo, also the fact that Kosovo marks May 1 as a holiday as “a bad syndrome that has remained from the past”.

He also argued that May 1 should be a day of protest for workers’ rights, such as “demands for salaries, working conditions, health insurance, dignified pensions, maternity leave and many other demands”.

A delegate of Anarcho-Syndicalist Group of Pristina, who asked not to be named, noted that May 1 was initially a commemoration of a workers’ rights protest in Chicago in 1886.

“For us it doesn’t really matter if it is an official holiday or not, we will be on the streets [protesting]… It is really important to us to have a day dedicated to workers and their revolt,” he said.

He argued that this concept was inherited by Kosovo, but “now they want to remove this because there is a kind of neoliberal ideological domination in which the worker… exists as an individual who has monetary value in the market economy”.

“Such logic is very problematic, as is the initiative of Nait Hasani,” he added.

International Workers’ Day is a public holiday in Kosovo according to the Law on Official Holidays. It is also a holiday in many other countries around the world, including all the Balkan states./BalkanInsight/