Meta against Thaçi on borders issue: “It consumes a lot of energy on the wrong objectives” 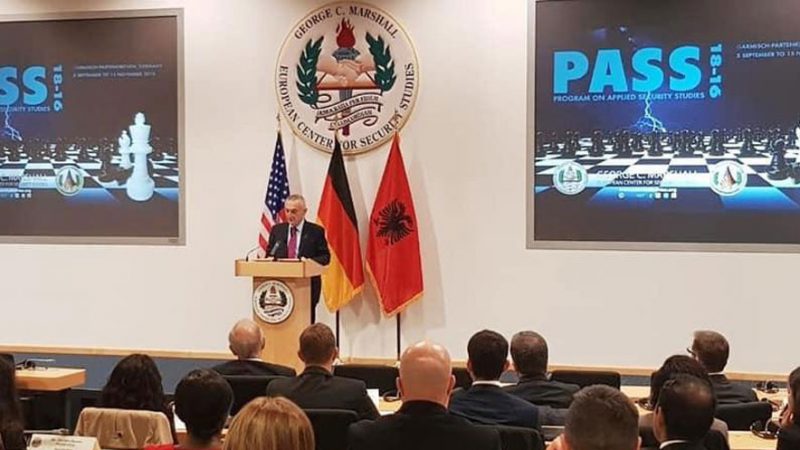 GARMISH – Speaking at the George Marshall Center in Germany, the Albanian President, Ilir Meta, said that the Balkan issue is still unresolved.

He said that the recent proposition for a new debate on what should be a final agreement between Kosovo and Albania is consuming a lot of energy on wrong objectives. The debate in question is about Kosovo’s border correction with Serbia.

“The recent proposition for a new debate on what would make the final agreement for normalizing the relations between Kosovo and Serbia is consuming a lot of energy on the wrong objectives. It doesn’t consolidate and doesn’t bring peace to the region. Opening such a debate when there are so many red flags from the EU and the USA, is alarming”, Meta said.

Meta was guest of honor at the George Marshall European Center in Garmish, Germany. He spoke about security and Euro-Altnatic integration in Balkan. Meta said that the enlargement of NATO and a compact cooperation of the EU would be key for the stability of the region, reports TCH.