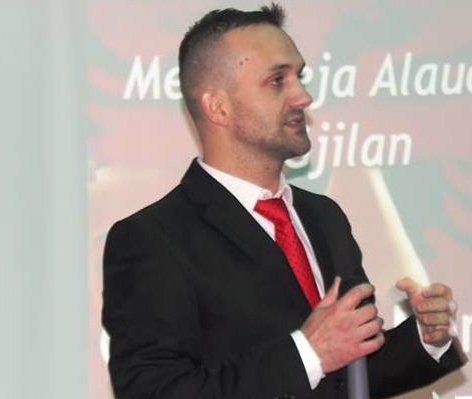 First of all we should know that the term “Political Islam” is not an Islamic term. The term itself and definitions given for this term are produced by anti Islamic fundamentalists. They don’t have anything to do with Islam.

Generally, most of the authors who wrote about this topic are mostly non religiousand non Muslim and their explanations have increasingly emotional tone than academic approach.

To have the issue clearly, politics is just one of the domains of Islam and is not divided by religion, with religion as divine teaching, no human field is left without based on divine teaching.

So there is nothing such as “Political Islam” of scary analysis that we might read every day on media, but there a politic that is a domain of Islam, that if world would let it developed freely, it would save the world and it would bring the missing peace.

Politics as a domain of Islam, it existed and it preceded the proper organization of this field for the entire world. It has been part of Islam even when the world had not known the authentic political concepts we know today. Universally are recognized values of Islam and its contribution in this field.

Furthermore ‘Constitution of Medina’ written by Prophet Muhammad peace be upon him, according to divine instructions, it is known as the first written constitution in the world. Despite that is written before 14 centuries it is a model for modern constitutions especially for those known today as multiethnic countries.

Medina of that time it was a multiethnic society made by ‘Muslims who had migrated from Mecca, and who were called Muhajirs-immigrants; Muslims from Medina, who were called Ansar-helpers; Jews, who were divided into two main tribes; and small groups of pagans. This structure except that it was divided according to religion, they were also divided according to ethnic origin, as Arabs, Persians, Jews, and even these ethnic groups were separated on tribes. All this means that Medina was a country with a diverse population, but the vast majority of them were Muslims. All this variety will be reflected at the time of issuance of the Constitution that the city-state. ‘

From all 52 articles that ‘Constitution of Medina’ has, 27 of them deal about organizing and protecting minority issues within the Islamic state which enjoyed exclusive rights that was not known in another country.

One of things that I want to emphasize is that those who have written about this topic has create with a purpose an black image about that how non Muslims would be treated among a Muslim society.

Another thing that we should know is that the structure of the Islamic system does not mean the destruction of the infrastructure of the current political and juridical system but only modifying and above all increasing responsibilities to deeper levels of consciousness for fair governance and equal for all citizens and groups of society.

Are many complexes and negative images from the civil society ‘agenda’ and analysts who try to present that what they call ‘political Islam’ or politic as domain of Islam that there is not nothing to do with the reality?

Perhaps the circumstances in our society are not ready for it conceived the domain of Islam but political and social discrimination and restriction of freedoms exclusively religionists will probably make the circumstances to see this option which is probably ideal , if our society will work more to see its truth, than giving space anti Islamic fundamentalists that temporarily obscure this reality.

For more, the peace of Islam it was proven and can affirm that it is not an abstract concept, it can become something accessible to a society that sees the facts and not echo and rant of the those who are obsessed with Islam.

How gas could warm relations between Israel and Turkey
Will the NATO regime of Prishtina ever allow the Muslim of Kosovo to be as free in practicing their faith as Chechens in Russia?