Religious freedom and civic rights were considered important facets of a “Muslim nation” according to the Prophet Muhammad — peace be upon him –, researchers said Monday in a new analysis of early Islamic agreements with Christians.

The study revolved around covenants developed by the Prophet Muhammad and Christians living in Muslim-controlled areas.

Many of the documents came from obscure monasteries or books that have been out of print for centuries. The agreements showcase the Prophet Muhammad’s belief in freedom of religion.

The covenants, the authors argue, should be used to forge democratic partnerships between Muslims and Christians in the Islamic world and the Christian-majority West.

Violent extremist groups such as Daesh have faced international condemnation for the persecution of Christians as well as other religious minorities, including Yazidis.

“These covenants were designed to protect and even defend peaceful Christian communities, not attack them,” said lead author Craig Considine.

“The research clearly shows that contemporary Islamic states that mistreat and discriminate against Christians cannot be justified in light of the Prophet Muhammad’s covenants.”

The covenants analyzed for the report were written between 622 and 632 C.E., during the Prophet Muhammad’s lifetime. Some of the documents detail specific agreements with Christian communities located in modern-day Egypt, Iran and Saudi Arabia.

“And even as they honor and respect me, so shall Muslims care for that people as being under our protection and whensoever any distress or discomfort shall overtake [Christians], Muslims shall hold themselves in duty bound to aid and care for them, for they are a people subject to my Nation, obedient to their word, whose helpers also they are,” the prophet wrote in a covenant regarding Christians in Persia.

Considine believes the covenants not only disagree with positions taken by extremists like Daesh, they also provide evidence against the growing amount of Islamophobic rhetoric in Western nations.

“[The Prophet Muhammad’s] message radiates compassion and peace,” Considine continued. “This is what American society – and indeed the world – needs now more than ever.”

The report was published in the journal Religions by researchers from Rice University in Houston, Texas. 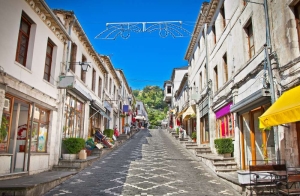