In an area that does not exceed 180 meters square, the Kaaba contains three wooden columns which hold the Kaaba’s ceiling.

The wood used is one of the strongest types of wood and they were put by the prophet’s companion Abdullah bin Zubair.

They are more than 1,350 years old and are dark brown. The perimeter of each column is around 150 centimeters while the diameter is 44 centimeters.

Each column has a squared wooden base. Between these three columns, there is a pillar from which the Kaaba’s gifts are suspended. This pillar passes through all three columns and its sides extend to the northern and southern walls. 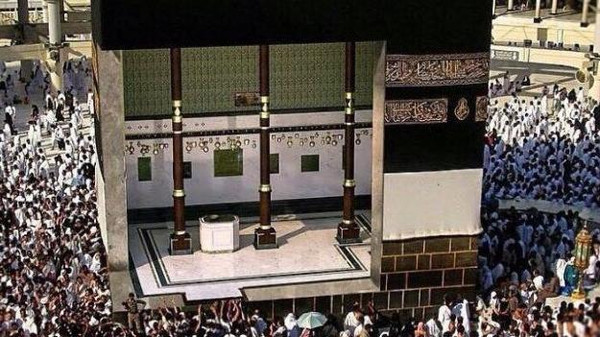 The presidency of the two holy mosques told Al-Arabiya that the Levantine corner on the right interior side of Kaaba includes an enclosed staircase that leads to a hatch, which resembles an enclosed rectangular structure without any windows and which has a door with a special lock leading to the ceiling. On the door, there is a beautiful silk curtain that has gold and silver engravings. 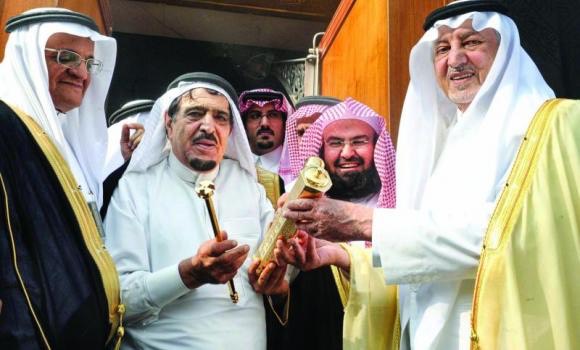 The presidency also said that the floor of Kaaba is made of marble. Most of the marble is white while some of it is colored. The walls of the Kaaba’s interior are made of colorful and emblazoned marble. The Kaaba’s interior is covered with a red silk curtain that has white-embroidered texts which includes some of God’s names. This curtain also covers the Kaaba’s ceiling. 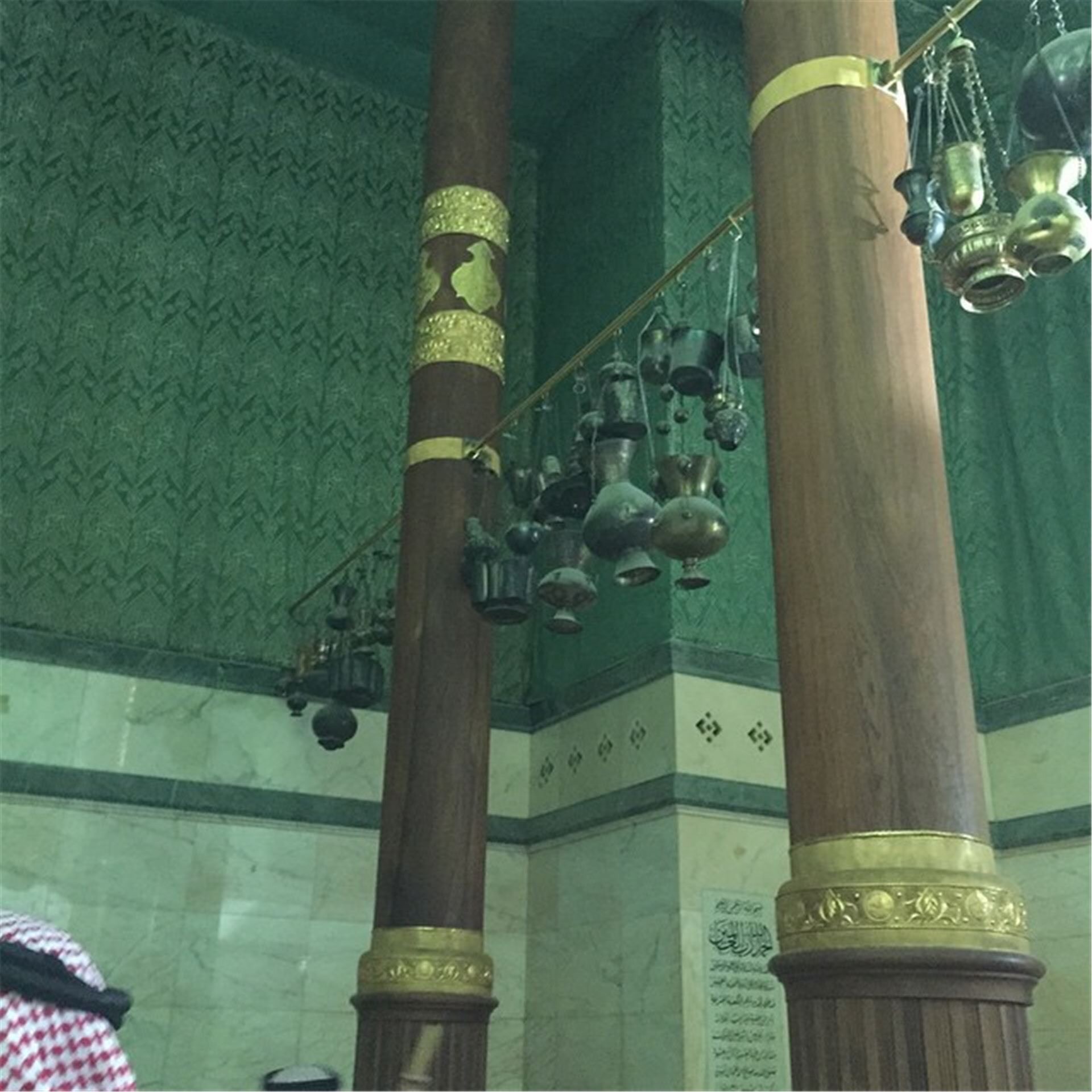 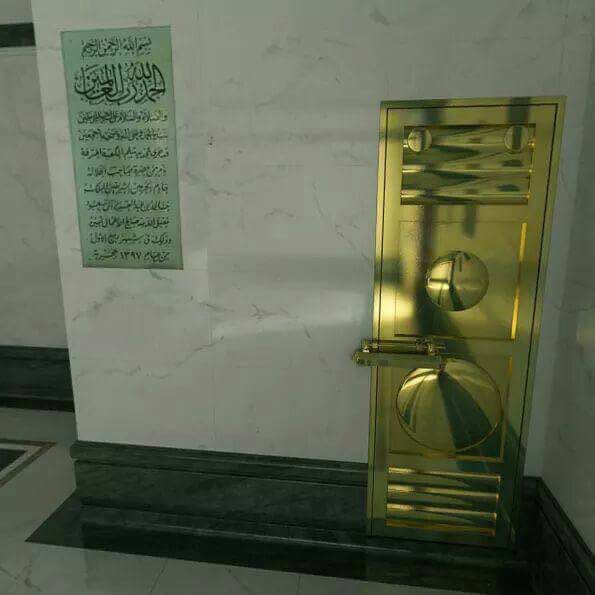 On the eastern wall and between the Kaaba’s door and the Baabut Taubah (door of repentance), there is the document of King Fahd bin Abdulaziz al-Saud engraved on a marble board to indicate the date of renovations which the late king made to the Kaaba structure. The number of stones written on inside the Kaaba is thus a total of 10, all made of white marble./Al-Arabiya/ 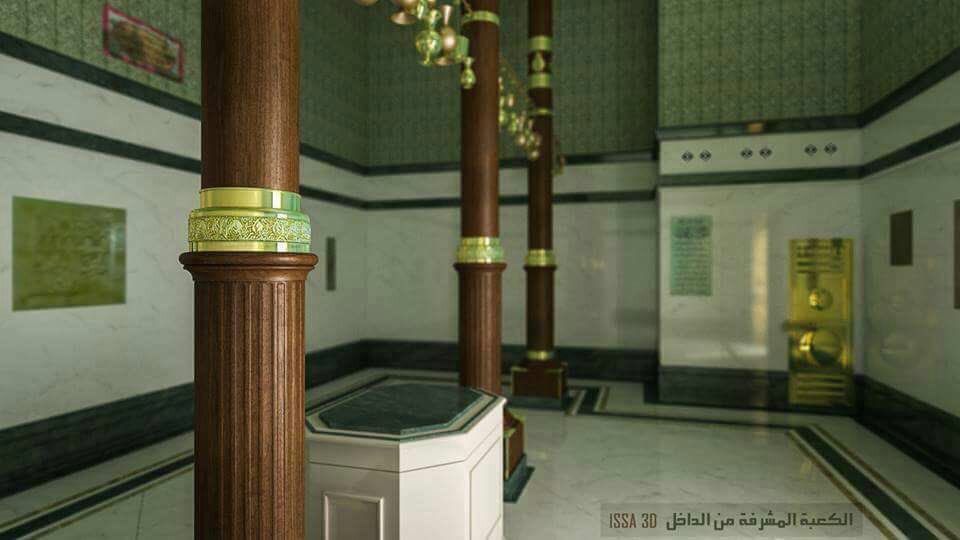